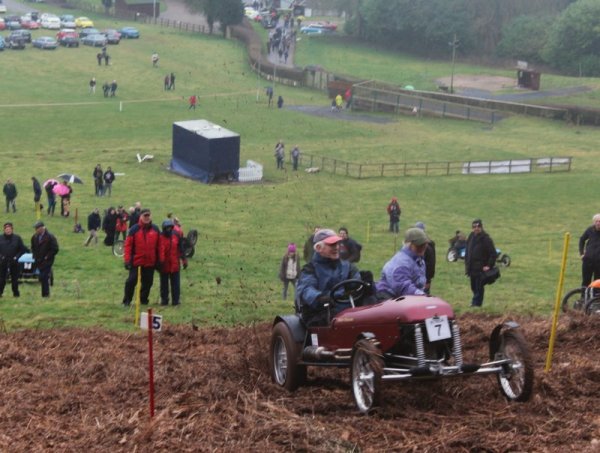 The nights are drawing out and the Autosport International Show is now winding down and packing up. There is the sound of gentle rustling as the motor sport community starts to stir in the makeshift nests they made in their garages in between the cars – the new season is just around the corner.

If you’re not the sort to sit on the sofa and watch Mercedes cruising their way quietly around Albert Park there is still stuff for you to do as the leaves continue to sprout on the trees, the lights draw out and the circuit and sprint community nervously pokes its collective nose round the garage door.

Autosport is something of a season curtain raiser, and a good opportunity to catch up with folks in the community, get some deals on equipment and have a gawp at the exotic (and not so exotic) machinery that is on display. However there is the itch of competition that we all need to scratch either as spectators or competitors – there’s a few things going on in the Midlands.

Trialling really is grass roots (fnar fnar) motor sport at its most basic and entertaining. The idea is simple, in that you need to get your (highly specialised) car up a steep off road course, in between some gates consisting of marking poles, arranged in a snaking slalom course. 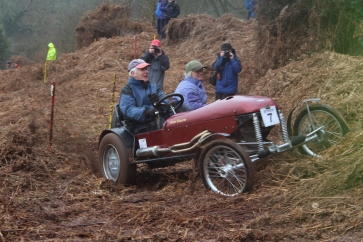 The best part of this from a spectating point of view is how close you can get to the action, as you are free to wander round and are able to stand very close to the cars as they make their way up the hill.  You will be able to marvel at the skill of the drivers and just generally have a laugh in a relaxed environment.

Trials happen all over the country throughout the colder months, though this one takes place at Shelsley Walsh (on the steeper reaches of the spectator car parks) and will be held on the same day as the breakfast club – so enjoy a fry up and then try and burn some of that off with a stroll up into the field.

As spring really starts to get into its stride, you have the opportunity to see something new! The market town of Bromyard is no stranger to festivals, currently hosting several music and culture events throughout the year.  They have now decided to add a speed festival to the mix as well, and allow visitors to enjoy both the town and a fantastic array of cars making their way around the closed roads of the town.  Car categories will include road and racing cars from local marque Morgan,  Austin Healeys, and a selection of racing and rally cars from local hill climbers and rally drivers.  Some great cars in a great spot and worth checking out!.

If 2 wheels are more your thing, then head to Prescott in the middle of April where you will be able to enter your own motorcycle for a ride up the hill, or just come along to watch the action and enjoy the numerous exhibitors and paddock specials that will be at the venue for the week and even the On the Edge, trials stunt team.   A great family day out where you can meet the likes of TT winner James Hillier and racer turned commentator Steve Parrish. Last year Charlie Borman and Hollywood actor Eric Bana could be seen lurking around also.

Also – its all for charity. If you have ever seen the blood bikes pounding round the regions road transporting vital blood between hospitals for transplants and operations (and I suppose you have) and like me assumed it was part of the NHS – unfortunately that’s not true. They are operated in the South West Midlands by a group called Severn Freewheelers, and they will be benefitting from the event.

Worth a watch, I reckon!

Many readers will be familiar with Hill climbing, but there are a couple of dates for the diary as Spring really gets underway.

If you enjoyed the bikes, you may as well come back to Prescott one week later as the British Hillclimb Championship will be back underway.  Watch Alex Summers commence the defence of his title at the 2015 curtain raiser on a tight and technical course, and face a stuff challenge from the likes of Wallace Menzies, Trevor Willis and Scott Moran all of whom followed him home last year in the powerful sing seaters that make up. There will also be Midland Hill Climb Championship action at the same meeting.

30/1 May – Speed in to Spring at Shelsley Walsh

The next round of The Midland Championship will follow on the very next weekend, as Shelsley Walsh opens its account for the 2016 season and the its Nelson 111th year (little reference for the cricket fans there).  Speed into Spring in a 2 day meeting on the May Day bank holiday weekend, and a great way to spend it. 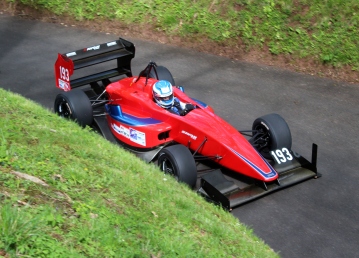 I will be commentating and/or competing in my Honda Accord Type R at all of the above (except the trial, when I will stand in the mud). Come and say hello!